SINO-RUSSIAN DÉTENTE AND ITS IMPACT ON PAKISTAN’S FOREIGN POLICY

Currently, China and Russia are not only normal neighbours rather their strategic, security and political equation is also unmatchable. Fifty two years ago, relations between Moscow and Peking were at their lowest ebb as border clashes between the two communist neighbours had erupted and Sino-Soviet rivalry had not only divided the communist world, it also provided a valuable opportunity to the West, particularly the United States to take advantage of division. For Pakistan, thaw in Sino-Russian relations emerged as a positive sign because of past discord between Islamabad and Moscow all the way from the cold war days till the Soviet military withdrawal from Afghanistan in February 1989. The paradigm shift in Sino-Russian relations made it possible for Pakistan to mend fences with Moscow and enhance its foreign policy depth by broadening the scope of Pak-Russian relations by including strategic, security and military ties. This paper examines in detail how paradigm shift in Sino-Russian relations had an impact on Pakistan’s foreign and security policy and to what extent Russia, despite past differences with Pakistan, reciprocated new warmth in ties with Islamabad. 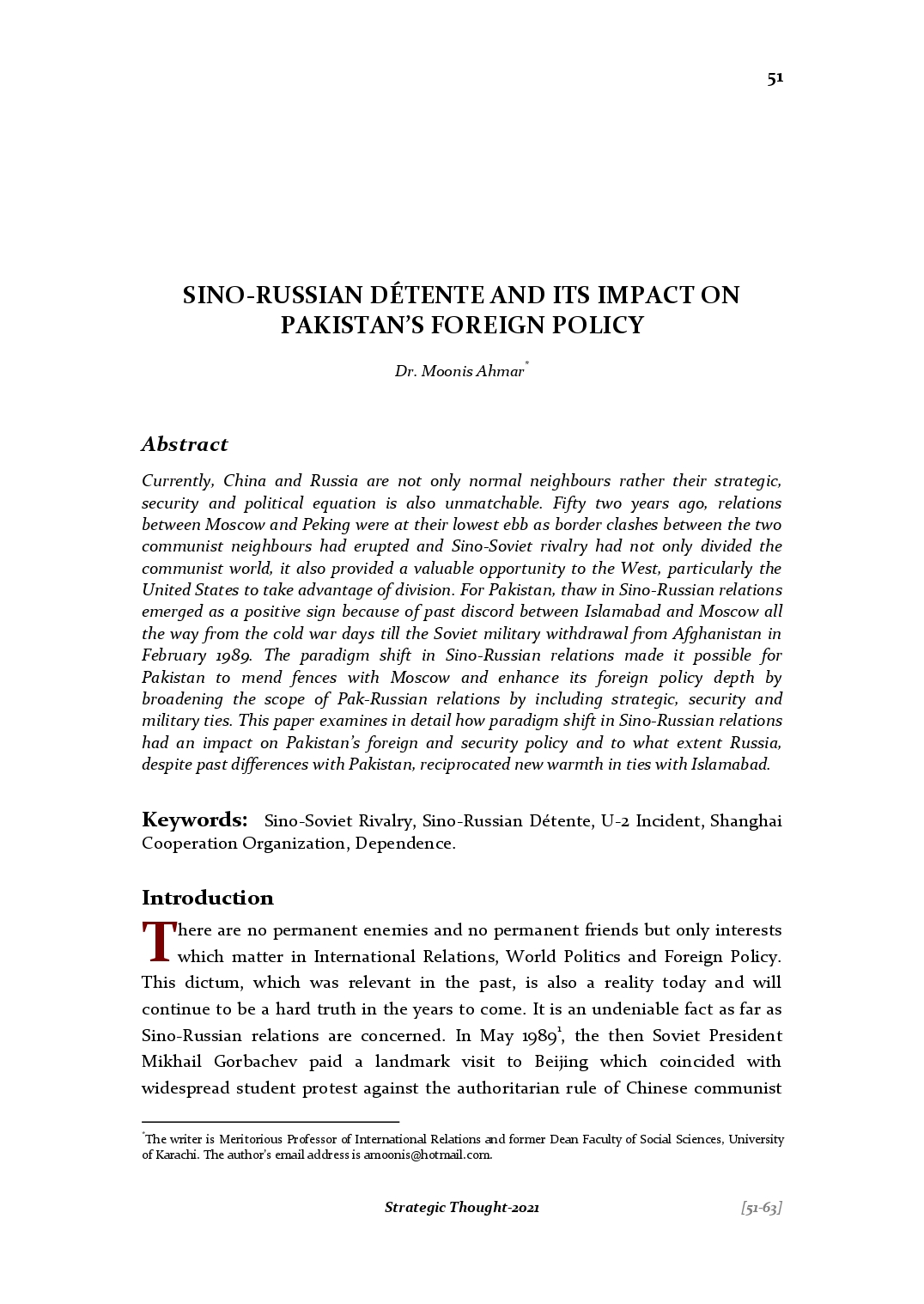